Part 1 of this blog post series on ‘The Coastal Macha’ restaurant (a piece of heaven for tasty coastal cuisines at Southern Avenue, Kolkata) was published about a year ago; few months after Coastal Macha had opened its doors for the public. Part 1 mainly revolved around the introduction of this place, the food available, signature dishes, description of the ambiance and what to expect from this coastal cuisine eatery in the city of joy. Even after one year the service and ambiance remain the same – mesmerizing and warm! You can again go through the 1st part of this series here.

After about a year, I am back with the 2nd part of this blog post series when this coastal cuisine joint is celebrating their first anniversary. They have launched an Anniversary New Menu for a wholesome culinary experience while unveiling some of the best dishes from the coasts of Goa, Kerala, Karnataka, Malabar, Mangalore and so forth. And yes, there is one more surprise in store, something that the foodies were eagerly waiting for a long time! Coastal Macha has introduced the oink factor in their New Menu – yes, you got that right! The Pork dishes which have settled down on the menu are simply amazing and extremely rare to find in any other Kolkata restaurant. 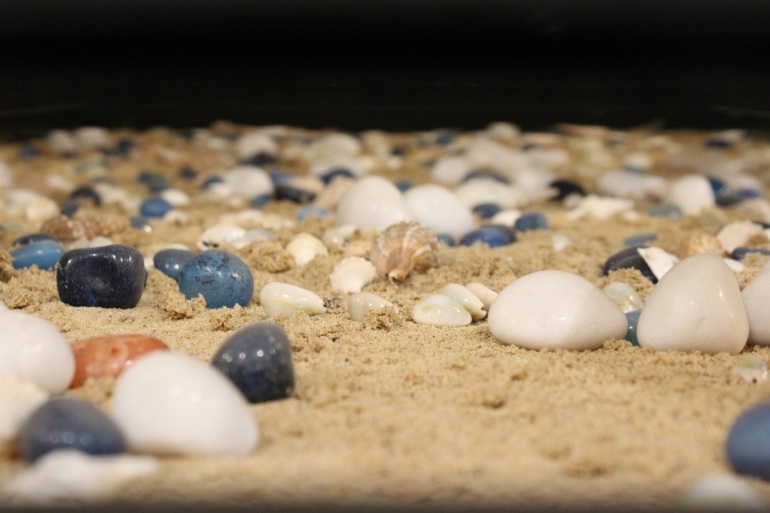 This place highlights the gastronomical heritages from most of the coastal regions of the country and those varied influences and unique flavors in their existing menu had already captivated the Kolkatans in this part one year. This Anniversary New Menu is offering a sumptuous feast of toned and infused coastal preparations and features an amalgamation of delicate herbs with authentic coastal ingredients, cooked in the modern method. The menu includes loads of authentic dishes like Coorgi Masala, Gongura Fry, Cafreal, Belluli, etc. So definitely the range of coastal dishes available here at this place has widened.

So, while we were seated under the artsy illuminated wicker basket ceiling, dishes from this new menu were served one after the other. Let’s quickly check out what all dishes I had at this place from this amazing Anniversary Menu.

Firstly, I started off with the Pork dishes as I was very excited about those. I am already a fan of this place – its cooking methods, authentic flavors and mingling my favorite protein with all these fantastic pre-existing factors made me thrilled.  The Pork Gongura Fry looked extremely inviting; it was tangy and spicy, an Andhra stir fried delicacy prepared with sorrel leaf paste. It was served on a banana leaf and the presentation was neat and nice. It went very well with the appam. The Pork Coorgi Masala came in next; it’s also called Pandi Curry and has an authentic touch to it. It is a Kodava community classic, made with Coorgi Masala and special vinegar called Kachampuli. All these ingredients are brought in directly from their places of origin and so the flavors are as authentic as it can get!

Apart from the porky dishes, we also tried Chicken, Mutton and Prawn dishes from this new menu. The Mutton Cafreal was nice and a tad spicy, it is a Goan delicacy made with a spice mix along with cilantro and mint.

The Chicken Belluli Roast was damn spicy but very flavorful; it had a reddish hue! It is a garlic based Mangalorian Dish cooked with their traditional spices. It is tad dry and you can have it with appam. The last dish we tried was pretty different from all these previous dishes; it was Prawn in Raw Mango Curry. It had loads of gravy and was the most subtle dish of the lot. It was soothing and was not overly sour, as one might expect it to be. There was a generous amount of medium sized prawns in that gravy and overall the dish tasted just fantastic, but I guess I should have tasted this in the beginning before trying all those spicier ones.

We had Tender Coconut Pudding as the dessert; actually I had tried this couple of months back as well when I was here on a personal visit. It is a pudding made with Coconut Malai, Coconut Water and Thick Milk, tastes pretty subtle and yum! And yes, if you are here at this place don’t forget to order a glass of Kokum Cooler; it’s an all-time favorite beverage of Coastal Macha. It is refreshing and a fizzy masala based red colored drink prepared with kokum. It is a fruit that really helps improving digestion and has other health benefits.

So, this new menu gets a big thumbs up from my side. I absolutely loved it. So, the next time you crave for some authentic coastal cuisine or maybe some good food in general, do drop in at Coastal Macha and try out these mentioned dishes from their Anniversary New Menu, it’s worth every penny!

P.S. Foodiedada was here at this place on PR invitation for review purpose.

Let's never give up or compromise with quality, no matter whatever you do in life! Guess I'm getting all these inspirational quotes from the best in class, Belgian beers! :) All thanks to @polybeercom for bringing in these Belgian beers in Ontario!
Nothing comes close to homemade Mutton biryani! That's a Kolkata style Biryani with the star, potato! And yes, flavours seep deep inside the potato, it's packed with flavours and aroma till the last bite! Kolkata Biryani is all about aroma and subtle flavours, no heavy use of spices or overpowering flavours!
Saturdays often look like this! Especially if it's a long weekend! 🍻
When weekday brekkie looks like this, spicy oriental beef noodles from @mamaglobalofficial paired with boiled egg, honey tossed asparagus, et al.