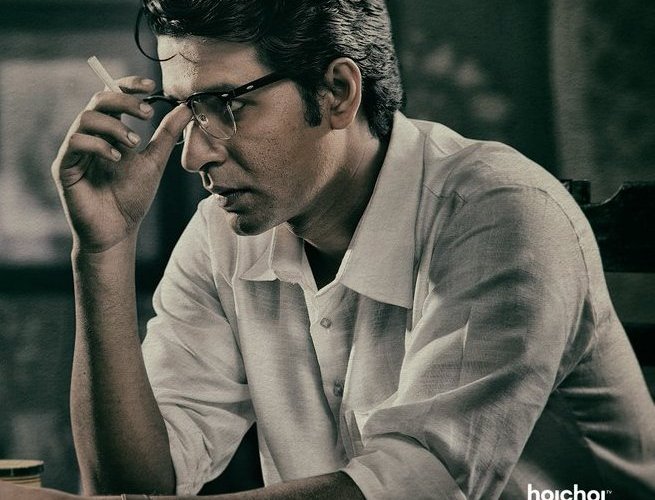 I had always been a big fan of Byomkesh Bakshi and in fact I used to love Byomkesh over Feluda since the creator of Byomkesh, Sharadindu Bandyopadhyay had given so many layers to the character of the sleuth which is hard to get enough of. Also Byomkesh is targeted for the adults while Satyajit had written Feluda keeping children and teenagers in mind and hence his Feluda novels were kept clean, devoid of the dark and dirty truths of the society and human mind or character. In fact you won’t even find any young female character in the Feluda stories! Hence I loved Feluda as a kid but then later I somewhat realized that Byomkesh is more complete as a novel and as a character. Also reading the original Byomkesh novel is a treat, something which can’t be explained to someone who can’t read Bengali or get that Bengali sadhu-bhasha as written by Sharadindu. And hence, recently when I was contacted and offered to review the latest web series on this Satyanweshi (truth seeker) I was pretty excited!

We have seen this dhoti-clad Bengali sleuth in several movies and TV serials in the past. For me, Rajit Kapoor’s Byomkesh Bakshi that used to be telecast on Doordarshan will always be the best Byomkesh on screen. But then I was also fascinated by the adaptation of Byomkesh novel ‘Chiriakhana’ directed by Satyajit Ray played by Bengali matinee idol Uttam Kumar.

So it is clear that the popularity of Byomkesh has only increased over the years. And hence we ultimately got the Satyanweshi in a Bengali web series with OTT platform ‘Hoichoi’. ‘Byomkesh’ is an original on this platform by SVF Media starring Anirban Bhattacharya as Byomkesh, Subrat Dutta as Ajit (Byomkesh’s assistant and friend) and Ridhima Ghosh as Saytabati (Byomkesh’s wife) and directed by Sayantan Ghosal. Two episodes have been released as of now and these are hour long episodes comprising of two unrelated stories or cases beautifully, rather brilliantly stitched together! You can watch the trailer here. 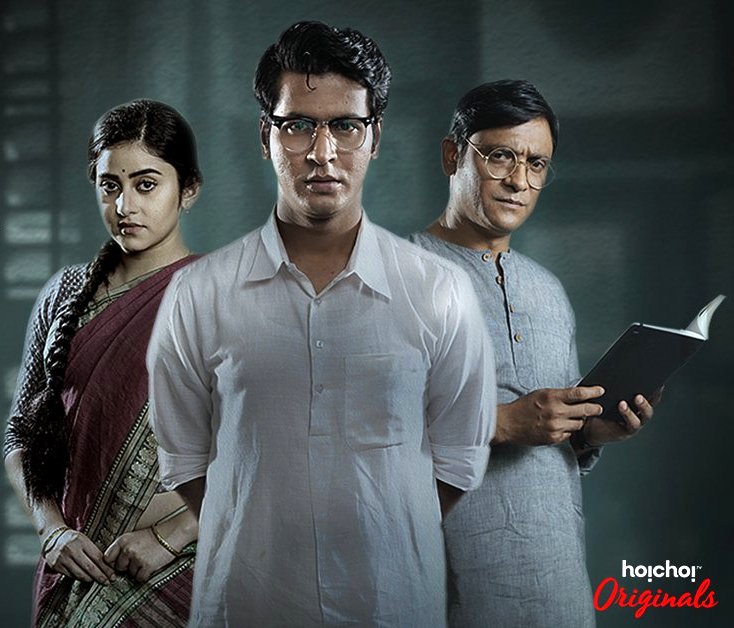 The first episode has two stories – Satyanweshi and Poth-er Kanta. The episode starts with the story – Satyanweshi which is the first story of Byomkesh or rather his first case, where he starts his investigative or truth-seeking career. In this episode he meets Ajit for the first time as well. The episode revolves ‘round a mystery of cocaine racket and is originally very engrossing. But here, somehow the story has been cut short and wrapped within 14 minutes and the next story Poth-er Kanta starts off from there. For the ones who have not seen or read the original version of this first story they won’t find anything weird like I did, in fact they will enjoy the pace and the cinematography more than anything else. But anyway, as the second story starts off on this first episode of the web-series I felt engrossed and seriously felt this web series really has huge potential. 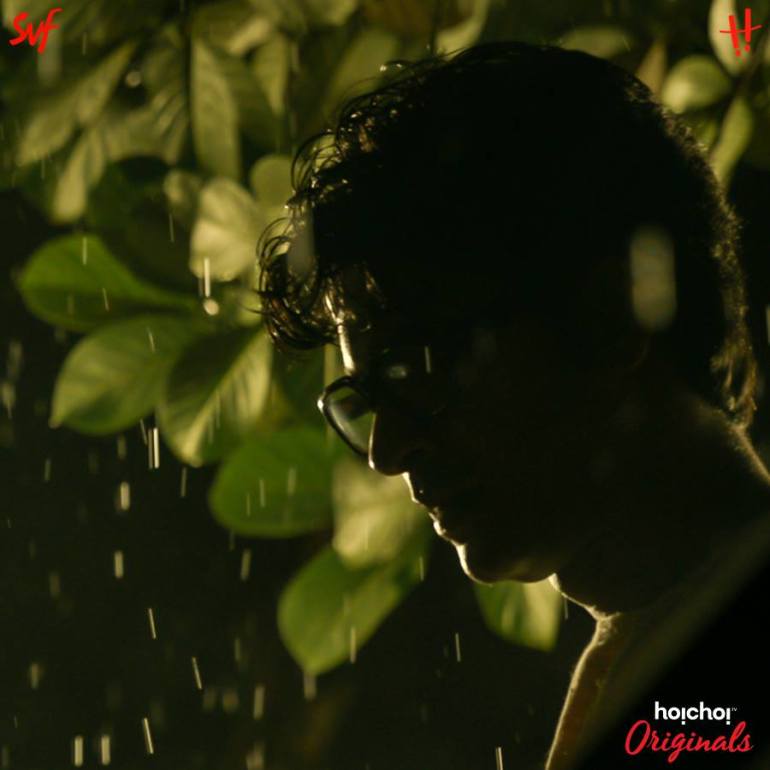 The screenplay is entertaining and innovative and all the small details are kept in mind. The touch of Bangaliana in every single frame is lovely to cherish. The Amrita Bazaar Patrika (newspaper), the news about Hitler’s meeting in Berlin, death of Jatin Das and the scenes where Byomkesh is listening to gramophone takes us back to the 1930s and meticulously recreates the era. In fact, the second story deals with gramophone pins which were being used in the story as a murder weapon in an innovative way. This story deals with a case of serial killing with the backdrop of British ruled Calcutta which anyway is extremely fascinating. This second story called ‘Poth-er Kata’ is pulled off extremely well in the episode that left me super-satisfied in the end. And I was so engrossed that I went ahead to see the second episode as well.

The second episode has two more stories Makorsha-r Rosh and Arthamanartham. Let me tell you, this episode is simply perfect and damn brilliant. Every frame is so right and the main highlight is the intertwined presentation of the two stories which moves ahead simultaneously. Makorsha-r Rosh is a simple plot but the subject matter and the mystery is very interesting, it is one such detective story which has no murders or burglaries involved, but still keeps us engrossed till the end. Arthamanartham is the more prioritized story in this episode and is again very interesting where the murderer just uses a sewing needle as the weapon. Also in this episode Byomkesh meets Satyabati and proposes her for marriage, so the episode ends on a lovely romantic note.

According to me the second episode is better than the first one and that’s only a positive sign. The first episode is actually good, but the second one is damn brilliant. Anirban Bhattacharya as Byomkesh is mind blowing. I guess after Abir, I will keep Anirban in the second spot as Byomkesh in the recent times. He has got that sharp, intelligent, bit eccentric looks and traits yet has a very homely and down to earth Bengali heart, which is adorable. I am confident that ladies will find their new crush after watching this web series! Subrat Dutt provides a fitting support to Anirban and has got a very typical diction. Everything he did was almost perfect, not over the top or eclipsing the aura of Byomkesh like seen in some of the recent Byomkesh movies. Bakshi’s humor, kind of leg pulling trait (that obviously is mingled) with a touch of affection for Ajit surfaces more in the second episode.

Ridhima as Satyabati is also apt in her role in the second episode. Performance and production are indeed the strong points of this web series.

This ‘Byomkesh’ web-series is crisp, smart, classy and simply brilliant keeping the authenticity of the plot and that era intact. There are no prolonged action / dramatic sequences, social message from the director or unnecessary blistering dialogues or songs. The young audience will surely love watching these episodes and overall, it is so good for the Bengali literature which is delightful for patrons like me! Do download and subscribe to the Hoichoi app and watch these episodes.

Just cooked a while ago: spicy Kerala style Kottayam King fish curry! That magic of pot tamarind, curry leaves, fenugreek and mustard seeds is surely inimitable! Dinner time!! 😍
A new week, a new start! That's the city we love!
Weekends and this breakfast! Goes hand in hand! Dalpuri and aloo torkari, that's the joy of home-cooked meals! Have you participated in #gharkakhanaweek yet?
That's how I hurriedly have my lunch on a weekday in between meetings! Dump everything over the steamed rice and gobble it down within minutes! There's no romanticism in this, but there is a positive vibe somewhere hidden! I have always loved people who work hard in their lives, basically the workaholics who discuss ideas and are busy with their work. These hurried weekday lunches create those sweet memories of hustles and busy schedules! But anyway, coming to the food I don't know if you'll like to see this mess but that's what it is, unfiltered picture of my lunch plate, no food styling, no props, no light adjustments, just the food - that delicious Lau Chingri, bhaat and dal can speak for itself, I need not stylize them before eating 🤭