Whenever it comes to a Food Truck, the first thing I remember is the movie ‘Chef’ and the character of Jon Favreau (named Carl Casper in the movie) who quits his job as a chef at a Los Angeles restaurant after a nasty fight with a renowned food critic and made all ends meet after starting his food truck venture selling some awesome food across the country. I was really pleased to see the intense passion that Carl showed in the later part of the movie where he was running his own food truck, it clearly showed his love for cooking and food in general, and how much he loved his independent venture. So, last week when I received an invitation from the latest Food Truck named #TagEat roaring in the town I was pretty excited, since my personal experience says Food trucks never disappoint and always bring a smile to your face. 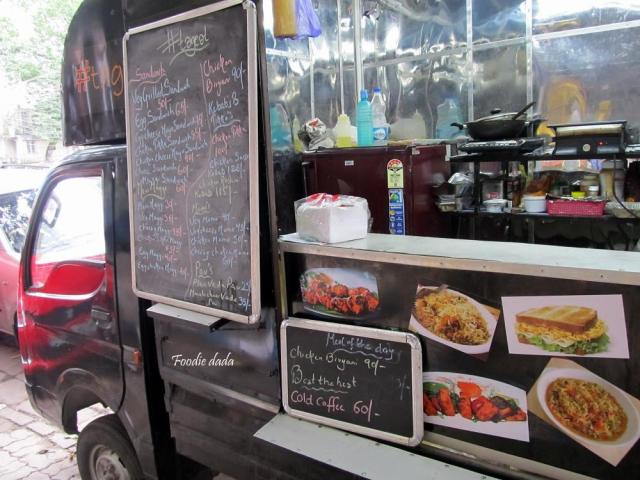 Food truck is a pretty common concept in the US. As the name goes, it is a truck or a similar large vehicle that has got all the equipments inside it to cook food items and then provisions to serve them as well. Customers generally gather in front of the food truck delivery window or gate and collect their food which they savor standing on the street or some may opt for take-away as well. As a variant of food truck you can also find Pizza or Taco trucks in the US which you won’t find here, at least it is not there in Kolkata. A full fledged food truck serving delicious and filling meal is a pretty new concept in Kolkata. But the first time I saw #Tageat, the new food truck in the town I was tad disappointed since it was not too big and neither was it ‘moving’. I always fantasize a food truck like it was shown in the movie ‘Chef’ which moved across the states and updated its current location on Twitter! Well, that’s a fun way to go ‘bout it that intermingles awesome food, good technology support, social media connection including building your follower base on social media platforms who will follow your truck and of course the fun of road trips! Food trucks I am talking about are something drenched in pure passion and love to live life with all its uncertainties.

As I just mentioned, #Tageat is the new gourmet truck that is stationed at Camac Street right in front of Fort Knox. It is quite easy to locate it since it is colored in black (with yellow stripes) and has some cityscapes painted on the sides. This gourmet truck’s menu is something that will amaze you considering its not that big in size; it runs the gamut of Indian, Tibetian, Mughlai cuisines and some lovely fusion dishes as well.

Most of the foods are quick bites in nature apart from filling dishes like Chicken Biriyani or Chicken Cheese mayo sandwiches. Here you basically get Vada Pavs, Sandwiches, variants of Maggi, chilled beverages, Kababs and Biriyanis.

That’s the entire range which is on offer at present, all these categories have got several variants and most of them are delectable to be honest. The truck is owned by young entrepreneurs Tanay Kapoor and Laveen Thawani who  have taken up a rather unconventional profession since food trucks are still not a trend in India, but these guys are surely the trendsetters who chose an independent and unconventional venture over a comfortable job. Maybe these are their initial days, so they are stationed at one spot for ease of customers to track it but I am sure when they are bit well known they should start moving to various parts of the city and update their present location on various social media sites like facebook, twitter, instagram, etc to create more craze, fan base, fun and interesting twist in the tale. Also that way they will be able to cater to a huge range of customers.

Anyway, now let’s come straight to the food items I had tried that day when #TagEat invited me with other Panchphoron food bloggers for their present menu tasting session. Here are the items we were served:

1) Chicken Sarson / Tikka / Reshmi Kabab – Well, we were served three variants of Chicken kababs here. The Chicken kababs served here were flavorful and juicy, so that’s one common point that goes in favor of this place. The Chicken sarson kabab is something which I had tasted long back so I completely forgot how it tasted then. Here the Chicken sarson kababs could not evoke the past memories, but it surely did impress me. The strong flavor was a joy to have; it had some touch of mustard but was not overpowered with that flavor. Had a nice spicy kick to it intermingled with the juiciness of the meat, which is sure to impress. The chicken tikka and reshmi kababs are pretty common and here it tasted as it should be. The Tikka had the spiciness meter checked and dressed in lovely herbs. The Reshmi ones were creamy enough to impress our taste buds, they were already kept prepared, but were really fresh, so no complains. You can surely try the kababs here, no doubt.

2) Masala Cheese Vada Pav – #Tageat has brought the taste of Maharashtra to Kolkata and the flavors they are offering are better than some of the branded Vada pav stalls spread across the city. Well I am not a mad fan of vada pavs but I have tasted them at various places in the country and can identify the place serving them with correct proportion of spices and ingredients. Here the pav was well grilled and the vada was tasty and soft topped with cheese and mayo. You can surely give it a try.

3) Cheesy Chicken Momo – Well, I was touch disappointed with the Momos sold at this place. 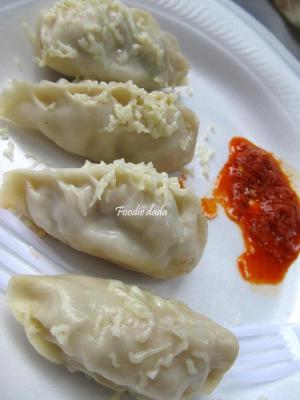 The Chicken Momos still fared average I must say, but since I myself can prepare momos I could realize they were tad overcooked and the filling was crying for a bit more kick, a bit more garlicky maybe. The red chili momo sauce was still okay I must say. And the grated cheese covering did not go well with my palate.

4) Veg Cheese Momo – I don’t wanna go on talking about this dish since I liked it least amongst all. It was really over-steamed, the covering was way too soft and didn’t go well with me. The flavors were not too appealing as well, needs some amendments for sure.

5) Maggi Sandwich – Really a nice innovative or rather a fusion dish, The fried maggi was sandwiched in between well toasted breads forming the Maggi Sandwich. It was nice and can be modified by adding several other ingredients or veggies inside. The breads here can be bit less grilled and a layer of lettuce with a sprinkle of hebrs and basic veggies can do wonders. Still a lovely dish to try out! Anyway I would like to taste the Cheese Maggi at this place which is one of their best sellers.

6) Chicken Biryani – This was one of the best dishes I have tried at this place. The price of this one plate of biriyani was INR 90 only, that’s incredible considering the taste and quality of the food. And yes, it tasted awesome at that price. The rice was very fine and dry and was not too oily either. The sweet potato was simply yummy with loads of spices having sipped inside it, the chicken piece was nice and optimal in size. A must try! 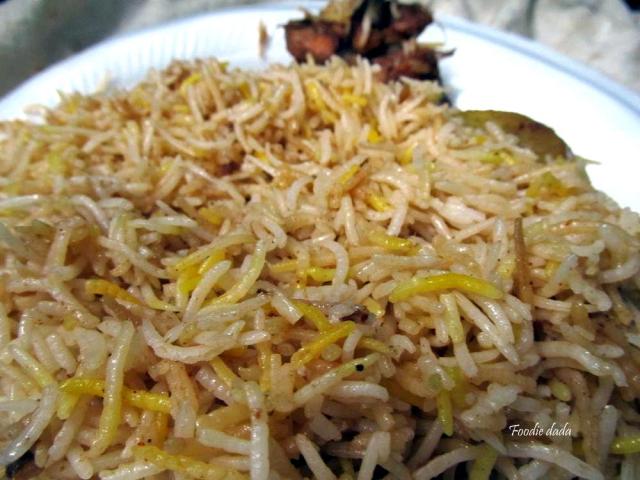 7) Cold Coffee – I was impressed by the cold coffee here which was also their featured drink of the day to beat the heat. It was really pleasing to have since the balance and density of the drink was just perfect. It was really chilled and was topped with some Chocolate syrup for that ultimate jolt. Must try!

Well, while I was talking about the cold coffee, I remembered to mention few other points which are also crucial.

This small food truck has got several appliances inside it like refrigerator, Mixer grinder, Momo steamer, induction cooker, electric grill, etc. That is enough to give you all the flavors and a soul satisfying meal that you are looking for.

The other point that I want to mention is the magic behind their biriyanis – when we were there in the afternoon there huge biriyani handi was almost empty, the reason is no doubt the amazing taste at such an affordable price, but the credit must go to the ex-chef of Arsalan who is busy cooking this awesome stuff.

Final verdict: This place will get 8/10 from my side.
Pocket Pinch: INR 200-300 for two.
Must Try Items: Chicken Biriyani, Chicken Sarson kabab, Masala Cheese Vada Pav, Cheesy Maggi and Cold Coffee.
I wish the team all the best, and yes I loved the branded black #Tageat t-shirts the boys were wearing inside the food truck 🙂 I wish they will set a trend that more and more entrepreneurs will come and follow. Food Trucks are really needed in this part of the country, let there be more of them. Hope someday I can see Food Truck parks and Food Truck rallies here in India as well. Anyway, there needs to be a solid starting point, and #TagEat is just that spark which can light up the big torch! Keep it up guys! Hope the word spreads real fast. Till then happy chomping!

@homecooks_ca offers delicious homemade food delivered hassle free right at your doorstep. You only need to do the following steps:
When you try to control everything, you enjoy nothing! Sometimes you have to just breathe, relax, let go and live in the present moment!
Sometimes all I love doing is a Noodle pull 😋
Welcome to my sunny day 🇨🇦