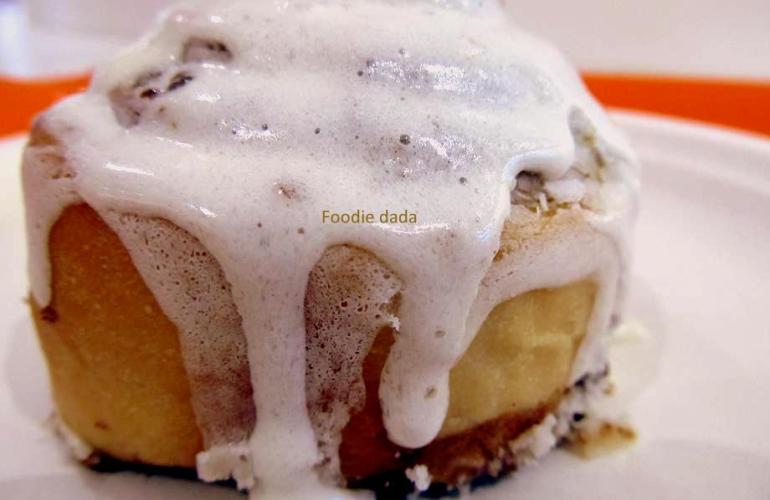 Cinnabon is a chain of renowned American bakery and cake shop (or kiosk) founded in 1985. After few change of ownerships the headquarters of Cinnabon was shifted to Greater Atlanta in 1999. It is normally found in malls and places where you find high public gatherings and it is well-known for its signature cinnamon rolls! When it first started off in December 1985 it only served these classic cinnamon roll at the SeaTac Mall, Washington. Today Cinnabon is found at airports, malls, universities, rapid transit stations, casinos, and amusement parks. Apart from US, it is also present in Canada, UK, Poland, Egypt, etc. And now it is also present in India and at our very own city of joy! Kolkata got its first Cinnabon outlet when it opened up a kiosk at Acropolis Mall (Kasba) at the Food Court. 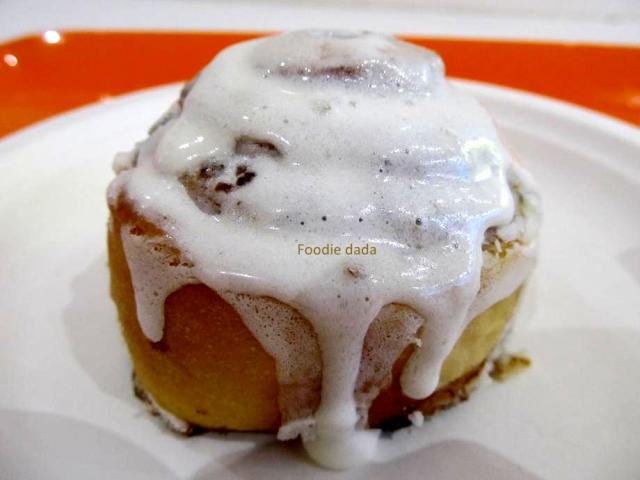 Though it is at the food court but it is bit aloof from the food court area and infact you can not buy things using your Mall food court prepaid card here. The stall is located just beside Cinepolis and with Coffee World by its other side. The outlet is very neat, urbane and decked up with its signature glow sign logo board and all surrounded by amazing mouth watering Cinnabon rolls all ready to be served. We ordered for couple of Minibon rolls which are a smaller version of the large classic Cinnabon rolls and I found the Minibons are just right for people like me to be consumed after a meal. It is the perfect and inimitable dessert I could actually dream off. The rolls are just so fluffy (though I found couple of no-so-soft joints and folds), tender, sweet, satisfying and so cinnamon-y! I would also like to add, though these look very sinful and gooey but they are not that overtly sweet. In one word – they are something close to perfection 🙂
These wonders are prepared with some instant yeast, unsweetened plain almond milk, butter, salt, unbleached all purpose flour, ground cinnamon, organic cane sugar. But there is another secret which I can share – the cinnamon used in their Cinnabons is called “Makara” cinnamon, discovered in the mountains of Indonesia, and is exclusively used in all their products! So, with all these ingredients a perfect dough is prepared, it is flattened and rolled up into these spiral rolls which are later baked. 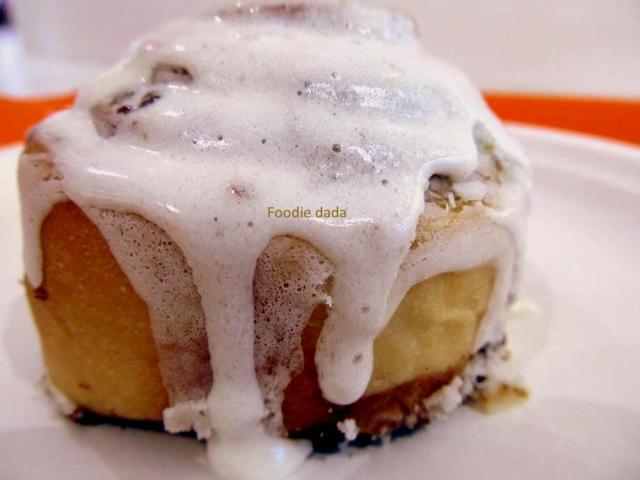 Apart from these signature rolls, you get a good range of beverages at this place like various variants of coffee, tea, shakes. Also you get sandwiches for a quick bite. Also along with Cinnabon, we have Auntie Anne’s pretzels available by its side which also attracts loads of foodies to this place. 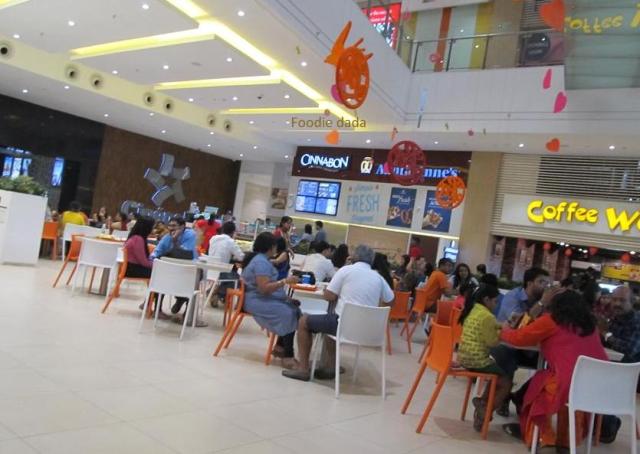 Overall this place is one lovely addition to the culinary scenes of Kolkata and as we all know, Kolkatans embrace new food and cuisines with arms wide open and Cinnabon has been no exception. Hope we’ll get more branches of Cinnabon in the city in the coming years.
Cheers!

One thought on “Cinnabon – the ultimate indulgence for every Kolkatan!”